It’s no secret that 2020 has been relatively tough on all of us, down to the technology that so many use and rely on each year. Now that we’re in the home stretch towards a hopefully better 2021, let’s look back at some of the technologies that didn’t deliver as promised and some of the other issues that we saw this year—some relatively harmless, and some decidedly not.

In a market already saturated with on-demand streaming services, Quibi offered something at least a little different in its short-form episodic storytelling and big-name casting. It also had quite the financial backing to support it—$1.75 billion in funding. Pair that with a monthly price tag of $5, and on paper, it would seem to be a surefire hit.

Unfortunately, this just wasn’t enough for the platform. With much more time on their hands thanks to the pandemic, short-form content didn’t have the same appeal… especially that which was restricted to a mobile device, and inaccessible on the entertainment systems that many prefer to use while at home. Quibi also had an uphill battle to fight against other options and services for such content, like YouTube and other free and ad-supported platforms.

This ultimately led to Quibi shutting down seven months after it launched, with much of the funding for it returned to investors.

So, what can we learn from this?

Simply put, it is not enough to just have an idea, especially when the timing is wrong. While we can’t say for certain that Quibi would have fared better should circumstances have been different, it is an interesting possibility to consider.

In one of the most unsettling attacks that took place this year, many high-profile Twitter accounts—including those belonging to Bill Gates, Barack Obama, Elon Musk, and Kanye West—were hacked in an attempt to push a Bitcoin-based scam.

Fortunately, Twitter jumped into action and locked down these accounts before too much damage was done and has taken further steps to ensure account security… although it did raise some questions as to what might have happened if the motives behind the attacks were more destructive.

As the world locked down, people and businesses needed to find a new way to communicate amongst one another. While many video conferencing systems like Skype, Microsoft Teams, and others fumbled this opportunity, Zoom was able to embrace it.

Unfortunately, Zoom’s security was lacking early on, which was made abundantly clear once so many had started using it. Hate speech and lewd content was shared in meetings, coining the term “Zoombombing.”

Since then, Zoom has taken steps to improve the platform’s security and users have given more thought to securing their conferences.

The Assorted Coronavirus Myths and Misinformation

Of course, we can’t talk about the technology fumbles of 2020 without bringing up the coronavirus and the various messes created because of it. For instance:

So, What Does This Have to Do with Your Business?

Simple: while the above examples were obviously larger-scale issues, they demonstrate that technology is far from perfect and how easily it can be turned against your interests. This is especially the case when you consider the technology you utilize in your business.

Here at ATECH MSP, we’re experts in all things IT, and lend that expertise to your business’ benefit. Not only can we help optimize the technology you currently use, we can also help you make the improvements needed to advance your operations. Whether it’s helping you keep your work accounts secure or steering you away from an application that will ultimately create bigger problems, we are at your service.

It’s just what a good managed IT service provider does.

More posts from author
Friday, January 15 2021 Lessons to Learn From Lego’s IT Development
Wednesday, January 13 2021 Tip of the Week: Essential Information Technology Practices
Monday, January 11 2021 Why Is It Super Important to Keep Your Software Updated? 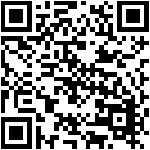