Is Your Network a Ticking Time Bomb? Cybersecurity is not easy to manage, and even professionals have their work cut out for them against modern threats like ransomware and other high-profile security threats. Today, we want to educate you on some of the terminology used in cybersecurity, namely the relationship between a vulnerability and an exploit, as well as what you can do to keep the risks associated with both relatively low.

Vulnerabilities are small cracks in the code of software and other types of applications that give hackers an entry point into a system. Vulnerabilities are unfortunately a part of the norm in app development and cybersecurity, and they are something that researchers and developers have had to find ways to cope with throughout the years.

Vulnerabilities often go undiscovered for quite some time, only being brought to attention when they are actively exploited or discovered. It’s virtually impossible to create an application that is vulnerability-free for its entire life cycle, as the nature of threats constantly rises to meet software developers where they are. Because of this, there is an ongoing battle between hackers and developers, constantly trying to outdo the other. Vulnerabilities are the reasons why patches and security updates are issued as regularly as they are, as they can potentially solve certain vulnerabilities before they become exploits.

Exploits, on the other hand, are vulnerabilities which are being actively used to gain entrance to a system or infrastructure. The big difference between the two is that a vulnerability represents a theoretical weakness that is not currently being used, whereas an exploit is one that is actively being used to target a system. Exploits must be addressed as soon as they are brought to your attention.

What Do You Do?

Don’t Get Caught Off Guard

We know that cybersecurity can be challenging for some businesses, but it doesn’t have to be. ATECH MSP wants to help your organization optimize security and simplify the patching process. To learn more about what we can do for your business, reach out to us at 661-840-8707 .

Tags:
Security Hackers Network Security
Know How Much is Needed to Ensure Your Business’ I...
Tip of the Week: An Easy Way to Remove Duplicate V... 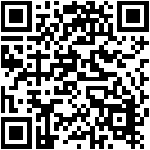