91% of IT Professionals Are Torn Between Security and Business Continuity When it comes to your business, what do you prioritize? Do you focus more on security, or do you focus more on the business continuity side of things? The reality here is that both are of critical importance. Unfortunately, however, it seems that many executives feel like the current circumstances surrounding the ongoing COVID-19 pandemic have led them to prioritize one over the other.

A survey published by HP Wolf Security showcases that many IT professionals feel like they have had to prioritize business continuity over the security of their infrastructures. This is not some insignificant number, either; the vast majority—91% of respondents, to be exact—have been pressured into focusing more on business continuity, i.e. keeping operations running--rather than prioritizing security. In a work environment where remote work is slowly becoming the norm, this is a dangerous trend, and one that could have dangerous consequences.

Other notable numbers include the following:

Considering the relationship that many workers have with security precautions, it’s no wonder that these concerns are present in such a capacity. The same survey indicated that younger workers in particular are more likely to find ways around security so that they can get the job done in the most efficient way possible. 48% of respondents claimed that these security measures got in their way, and 31% found themselves trying to circumvent them entirely.

This negative connotation that many workers have with security precautions extends far beyond just younger employees, though. In general, 48% of workers found that security measures seem to just waste their time, and 54% of the 18-to-24-year-old category were more concerned with meeting their deadlines and getting the job done than with the security of their systems. Furthermore, a shocking 39% of respondents claimed that they did not know anything about the security policies for their organizations.

We know what you are thinking; it does not matter what the employees think, as long as the systems are secured. While there is some truth to this statement, there is value in considering the relationship that your employees have with this security technology so that they are more likely to buy into the security culture of your organization.

ATECH MSP can help you with both of these aspects of cybersecurity. We can help your business implement powerful security tools, train your employees on how to use them, and provide routine testing to ensure that they aren’t slipping up too often. And unlike an in-house IT department that your employees must coexist with, we have no problems being the “bad guys” and reinforcing the rules—if that’s what it takes to keep you safe, count us in.

Facebook Twitter LinkedIn
Tags:
Business Continuity Security Business Management
Procuring the Right Hardware Can Be a Difficult Pr...
Here Are Some of the Best Outlook Shortcuts 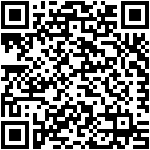